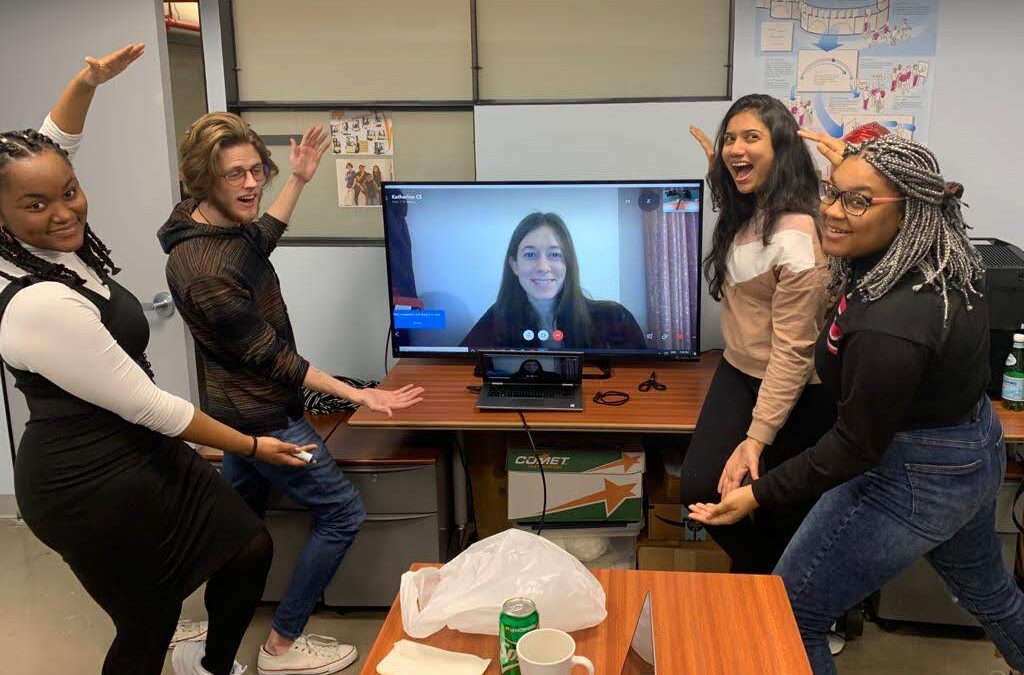 The halfway show last week was nothing but encouraging for Team METRO, supplying a much-needed boost to developing the product we want to pursue. Through two meetings this last week, Team METRO finally determined which project is truly theirs, and added tons to the early concept.

The preliminary meeting saw the team meet outside of their designated hours in order to narrow down which specific product they wanted to go for. After a quick discussion, the ideas narrowed down to were the Composting System, Porta-Med, and an Air Filtration System. Post-it Notes (left) in hand, they scoured for every-which reason that might persuade for or against an idea and, after extensive discussion, agreed on one idea. 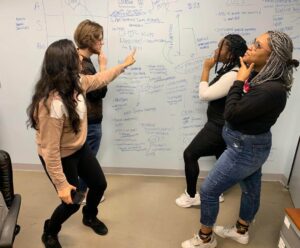 Grip tightened to the idea that is, in essence, a rudimentary medical tester and automated diagnoses machine, the Team set out to develop their future scenario (right) to represent the future need of the product. They made bounds of progress during their brainstorming session, outlining a majority of what a realistic take of the American social-healthcare and medical-education industries. Thinking this way proved difficult–aside from the past, there is nothing to make guesses from, and all of us do well to admit our poor clairvoyant capabilities–but our ultimate scenario was grounded in precedent and proves a plausible need for the product.

At the meeting’s end, we Skyped our CERN advisor: Kathi! We pitched to her the three products we were between to which she agreed Porta-Med was the best, and we then discussed the possible CERN technologies to implement into the device or at related facilities. This helped us in honing in on the fine details of Porta-Med, allowing METRO to feel confident with the tracks laid ahead.

The next stop is Product Design & Survey.