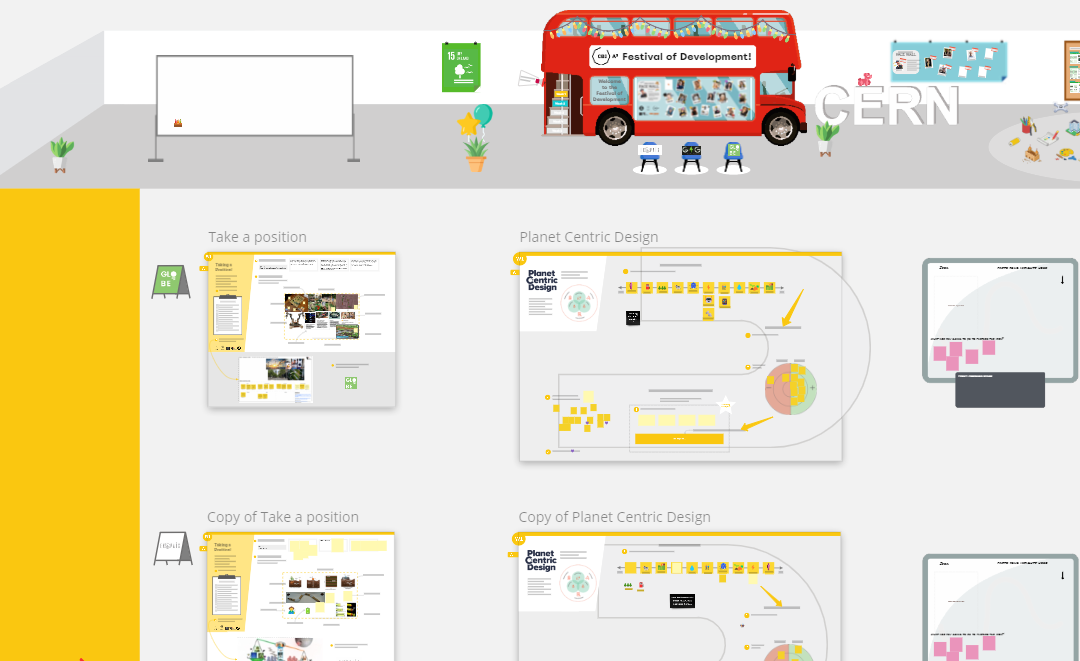 One of the main goals of the United Nations Sustainable Development Goal Life on Land, is to restore ecosystems and reverse land degradation. In Germany exist antropogenic overprinted landscapes. These landscapes do not provide a habitat for animals. On the contrary, they destroy habitats and make biodiversity impossible. According to a study conducted by the German Nature Conservation Association 80 percent of German land is in a poor state of preservation. The study also shows that more than 20 percent of the area of Germany is particularly suitable for making a significant contribution to climate protection and increasing biodiversity through renaturation. (Naturschutzbund Deutschland, 2021)

There are many sources for potential renaturation areas, one of them are decommissioned surface mining pits. In the past century Germany has heavily relied on coal as an energy source, it has been the catalyst for the industrial revolution.

Today we know the use of these resources contributed to climate change in a large scale and has also shaped the nature around us significantly. Amon other surface mining resources coal poses as the biggest destructor of land with currently over 1.486 square kilometers of used land in Germany. (Statistisches Bundesamt (Destatis), 2020)

Our Concept for Recultivation

The renaturation robot “ReNate” is a robot that analyses and evaluates soil quality. For this purpose, it is equipped with various tools that enable it to carry out the analyses. It is also equipped with the ability to move autonomously (Fig. 2, A). The robot has a huge database (ROOT) that contains the living conditions for the plants found in the region. In addition, it provides information on how often the plant species were present in the region and how the relative abundance of the plants has changed over time. Based on this information, the robot uses an algorithm to calculate which plants should grow best in this analyzed area. The algorithm thus ensures that newly planted forests do not consist only of fast-growing fir trees, but that mixed forests are cultivated that include rare trees such as the wild pear tree.

The robot transmits its location data and the information about the plants to be cultivated to its assistants, the drones “SeDrohne”, via a radio signal (Fig. 2, B). As soon as the drones have received the signal, they become active. A store is ready for them in which various seeds are stored. They can independently load themselves with the desired seeds and fly to the location, which ReNate had told them (Fig. 2, C à E). They are equipped with the appropriate sensors for the flight. The drones fly at a height suitable for the seeds over the area to be planted and distribute their seeds (Fig. 2, E). The process of renaturation by the robot “ReNate” and the drones “SeDrohne” results in a newly cultivated ecosystem that has a great plant diversity (Fig. 2, F).

In the following weeks we will start with intensive research on the topic of “renaturation”. The research work will also include interviews. Our first interview going to take place with the German company LMBV. The company deals with reclamation and therefore makes a perfect interview partner.

Last Wednesday we had a great meeting with Team Ekopaice and Team GLOBE+. With funny games and good conversations, we get to know each other better. 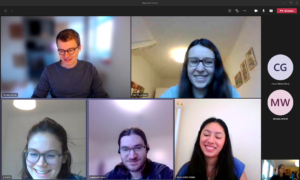 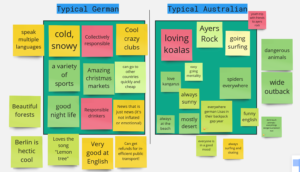 “The future of our nature is not destiny, but follows the decisions we make today” – Yann Arthus-Bertrand