The beginning in The end.

The last few weeks before the Final showcase were all about discussing and finalizing our system. We were facing the challenge of reducing underground construction and expenses. The solution we came up with forced us to redesign the system, however, the redesign made the system unique and valuable to address the aforementioned challenges. We decided to consider a partnership with the Metropolitan Transportation Authority (MTA), which oversees NYC’s subway system,  and to add an extra train car to each of the existing subway trains in order to transfer the packages around the city reducing the number of new tunnels needed for TIM. This extra train car, located at the end of the train, will be operated from the tunnel, and will not be accessible by subway riders. 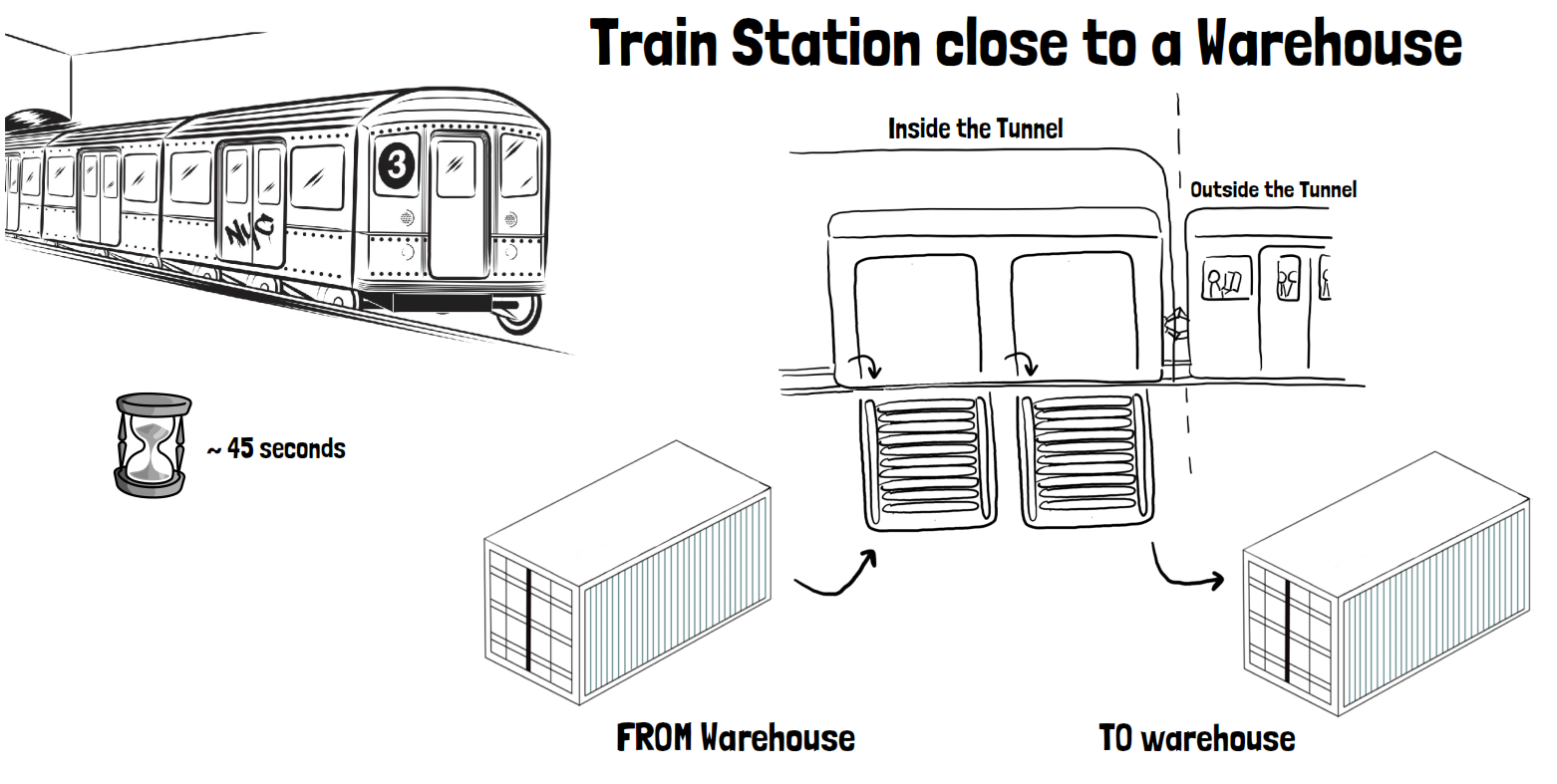 However, we were faced with yet another challenge: the project showcase required a 3D prototype of the system, but in our team, there was no one experienced in this area.

That’s where team Wired had to pick up new skills in the shortest possible time. After a bit of self-training, we were able to create a prototype of the TIM transferring packages underground using Blender. See images below – do you think we succeeded? 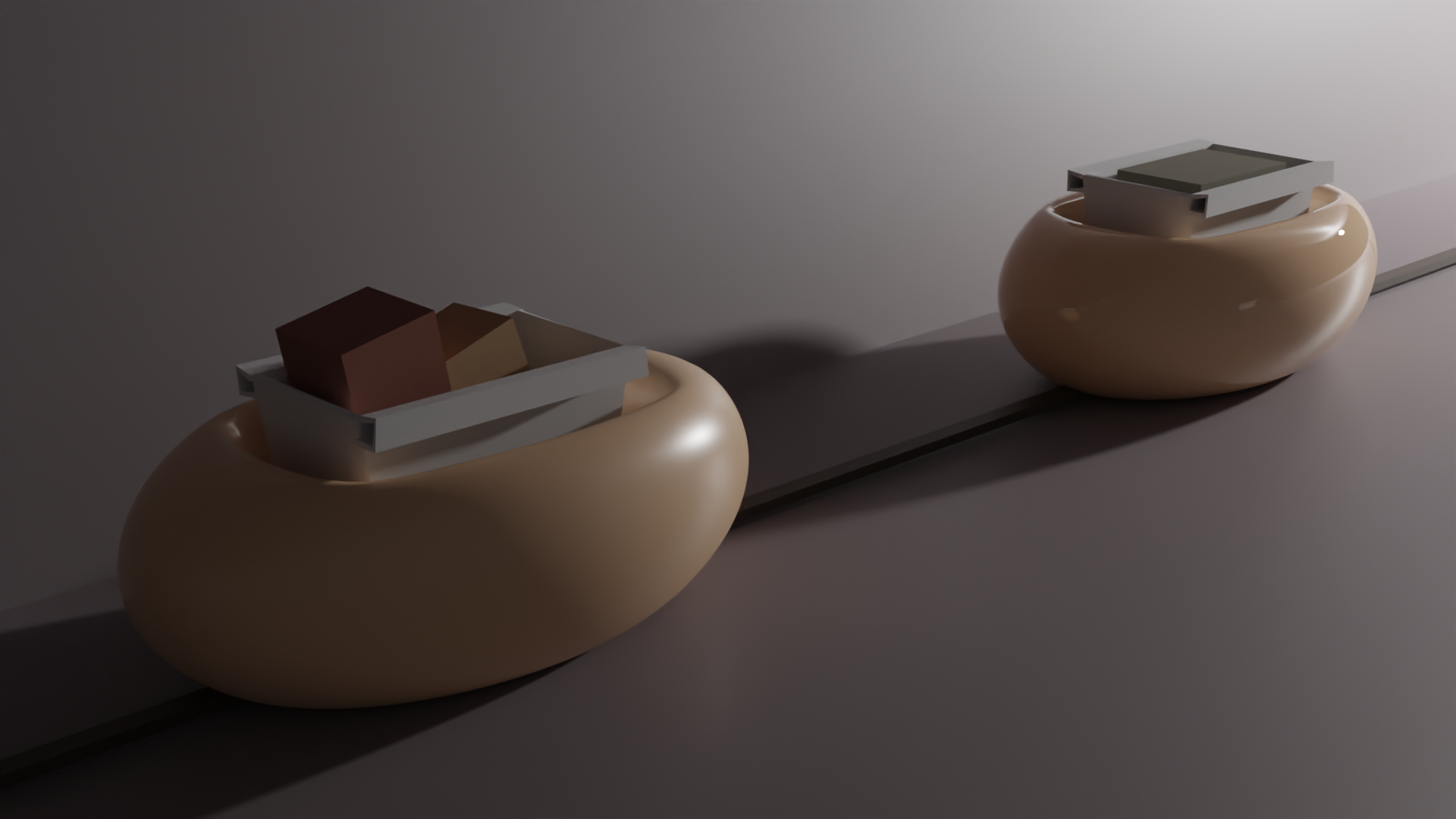 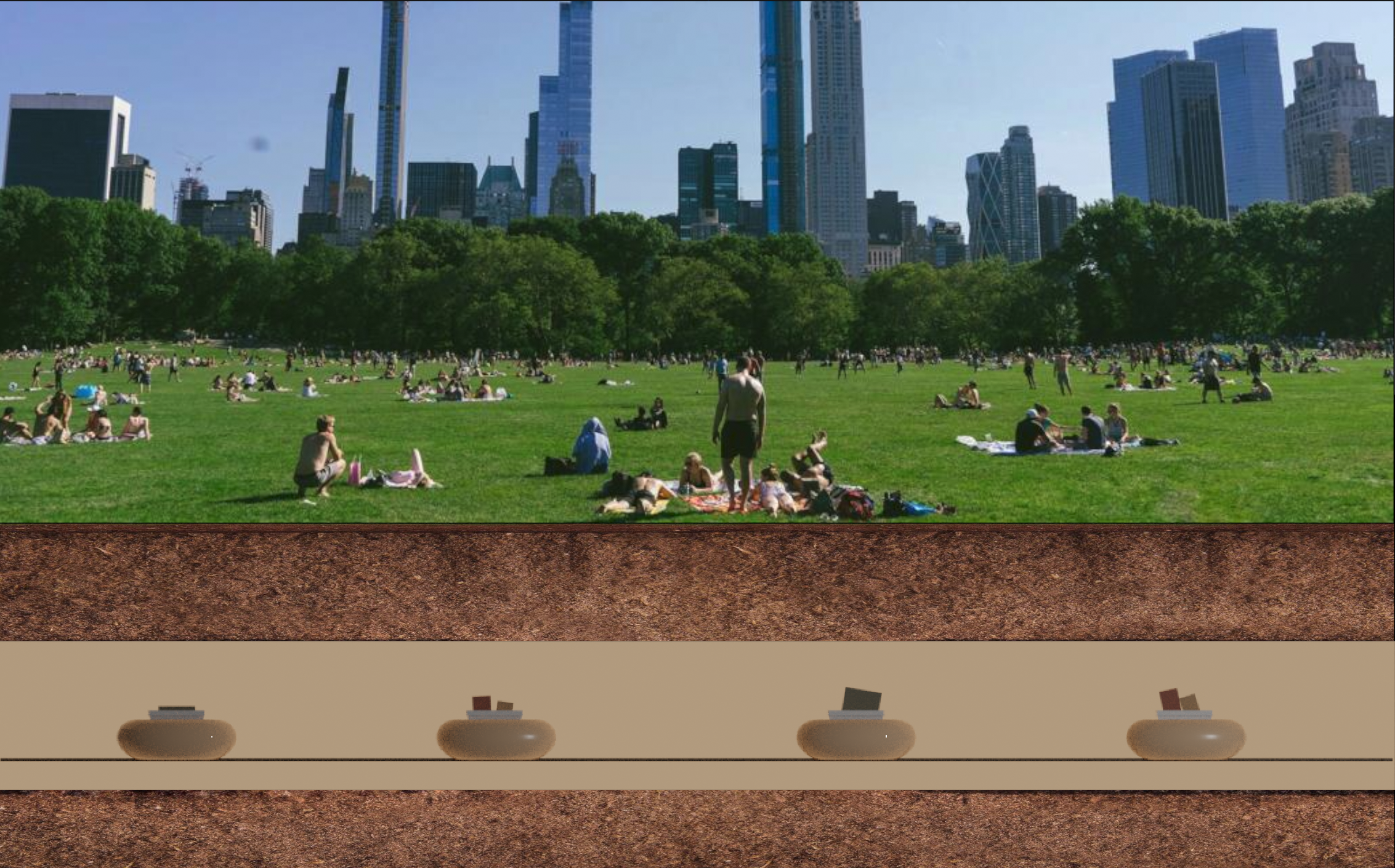 After the design freeze and turning our conceptual research and ideas into a solid solution – we faced yet another question:

– What do we name our system?

After some brainstorming and research, Team Wired decided that our system would be called –

Hypogean means Life Underground, which resonates with how our solution is bringing the underground to life which essentially sustains all of life.

Check out our cool video that explains how Hypogean works in real-time, and how it promises a better, cleaner, and greener future!

The last few weeks have been filled with revisiting ideas and going over minute details before we put together our final presentation for the CBI A3 showcase.

During these final weeks, our meetings grew longer but our team gelled even more as we brought to life our concept – which was just an idea napkin 6 months ago.

To have an idea and to work on it, with a license to dream freely, was simply bliss. However,  to present the idea and get amazing feedback from all the coaches and guests of the showcase – was simply surreal!

Team Wired would like to thank all those who attended the showcase.

We would also like to thank everyone who was part of our journey and helped us through this wonderful process of learning, developing, and future thinking.

We appreciate the meaningful and wonderful collaboration with the teaching team (Christine and Aaron) and team Earthlings from Melbourne.

Most importantly, we would love to thank our wonderful Coach Andreea (teaching team) for being the constant support and strength in the times when we felt like giving up.

As a team, we believe Hypogean has the potential to make a strong impact towards a better and more sustainable future in New York City, and in large cities around the world.

Even though CBI A3 2021 might be ending, there’s a new beginning in all of this – a rabbit hole to jump into- a beginning of seeing the future and living our lives with a whole new design-thinking perspective!

All smiles after wrapping up the Showcase! 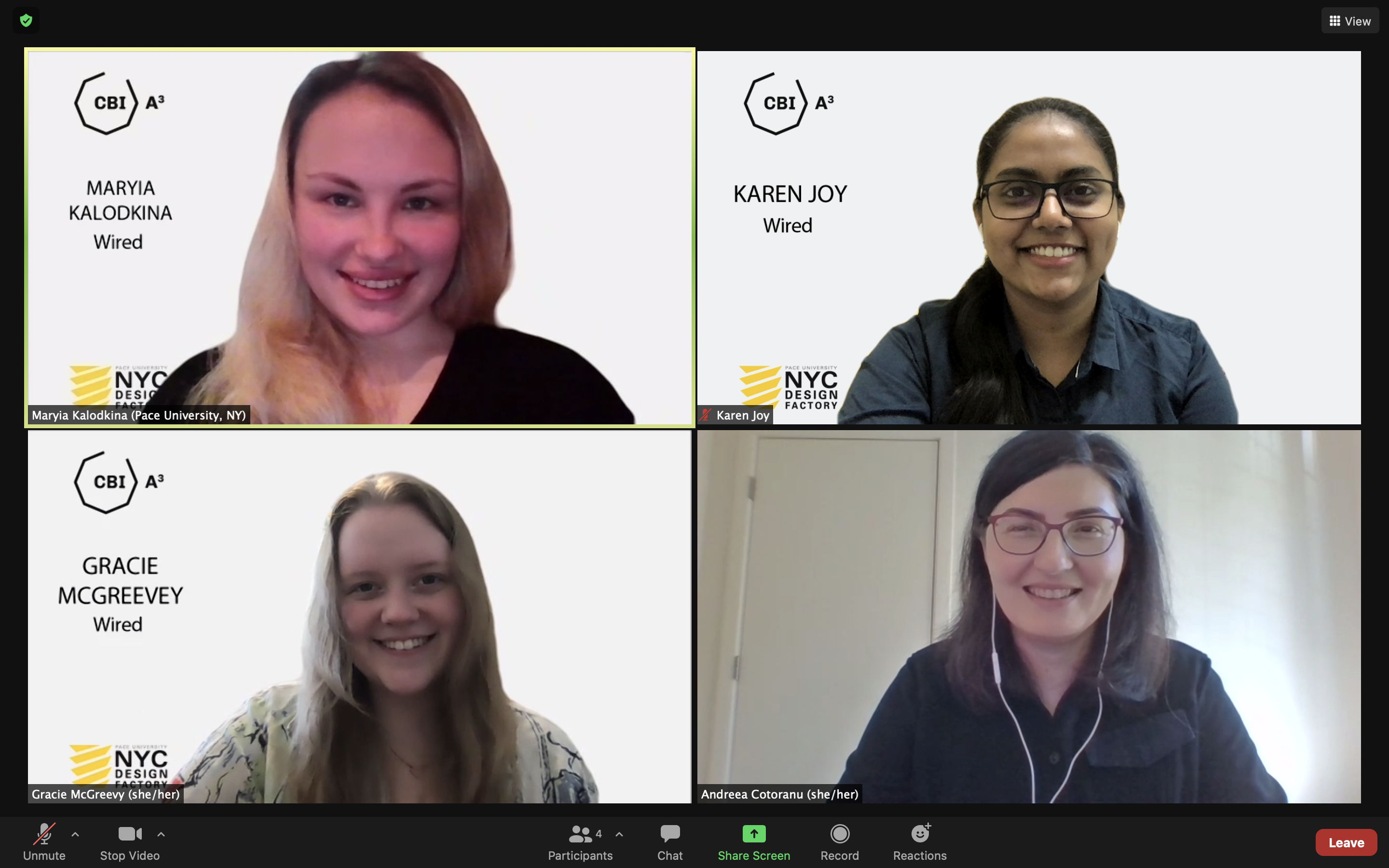 The showcase was definitely the highlight for all of us!

Nothing beat the joy of presenting the idea we worked on for so long in front of an audience that truly cared! 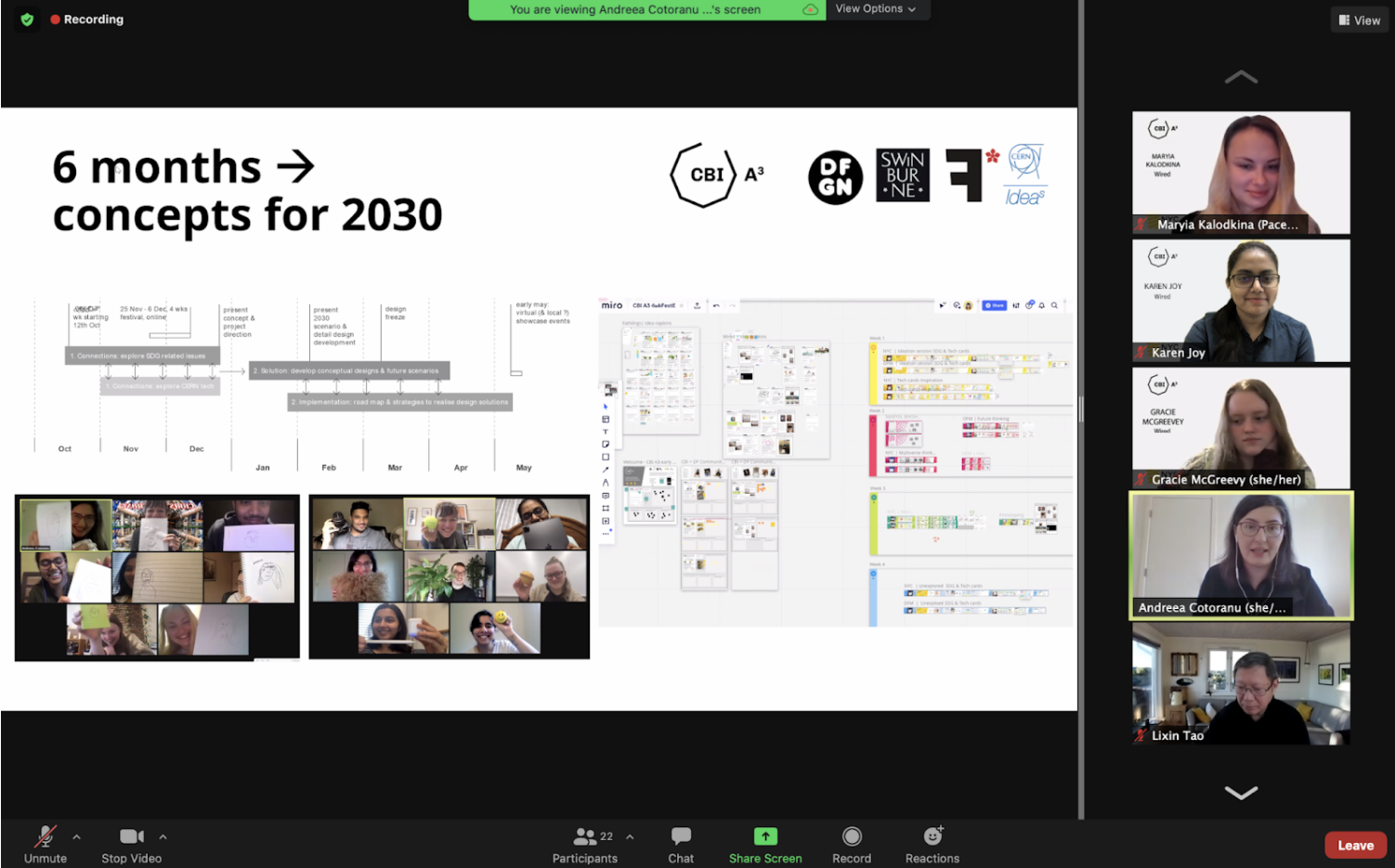 During the showcase, Professor John Cronin said that our idea of Hypogean was much greater and more impactful than we may have even realized.

And all through the development phase, we were thinking maybe we’re mad for dreaming so radically… that’s when we were reminded of the following quote by Tim Burton from Alice in Wonderland –

But I’ll tell you a secret. All the best people are”

We’ll see you in 2030 for the Inauguration of Hypogean worldwide! 🙂

Maryia, Karen, and Gracie – yours truly – Team Wired from NYCDF!