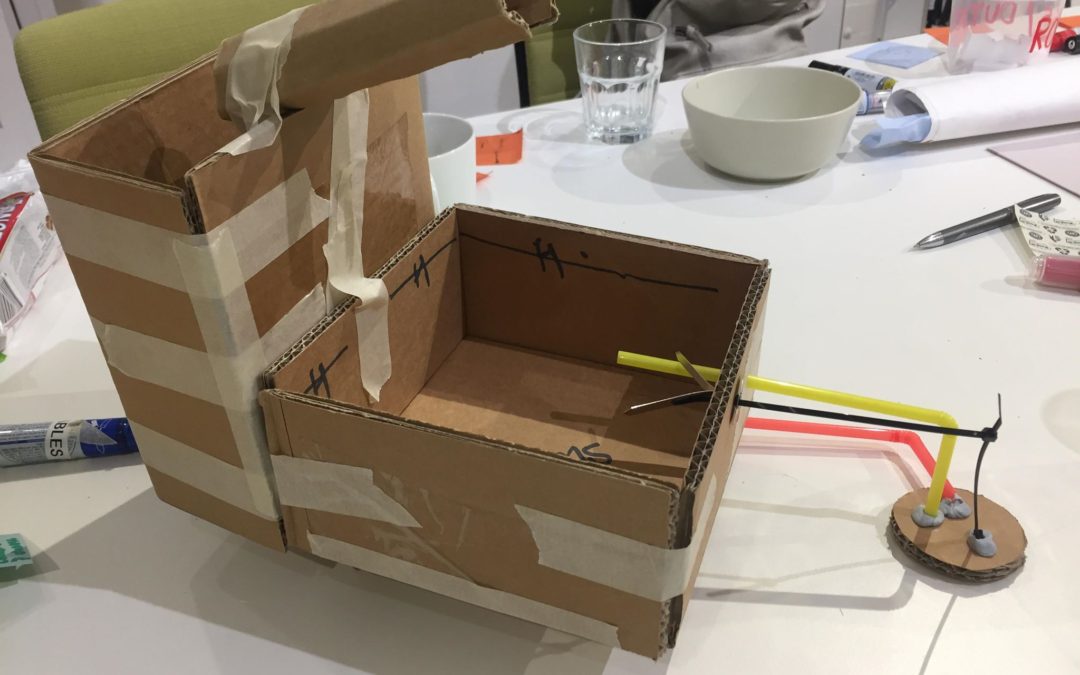 We’re catching up on some weeks since our design freeze where we were told to lock in on one concept and just keep developing it. Our focus is urban tyre dust, where we reduce the amount that enters the environment through stormwater. Our solution is based on collection of this dust using existing vehicles that are already on Melbourne streets.

To address the tyre dust particles that are emitted into the air, we plan to attach electrostatic plates to the base of Melbourne trams that will attract particles as they are emitted from surrounding cars. Melbourne trams are already powered by electricity and run on many roads in the urban centre, enabling them to be closer to the point of emission.

To capture heavier tyre dust that melts into the roads or just gathers at the sides of the road, we have the concept of a modified street sweeper that uses high-powered water jets and vacuum (as is used on airport runways and in the most advanced street sweepers) that can scrub off the tyre dust (as well as other debris on the road), collect it, and sort it using near-infrared spectroscopy (much like in the Autosort) for recycling and reuse.

We foresee the tram system to be in operation first as it can also raise awareness about the need to clean our streets and our air. However, awareness-raising is also a big necessity to get the right buy-in for this idea. Thus, we are currently working on an awareness plan, with the idea of using CERN’s high-resolution imaging as a way of showing the public how microplastic pollution is affecting their food and water.

In trying to think further about the street sweeper, we built a basic prototype (to help us think in 3D) and were trying out different configurations of where the water tank, sludge tank, etc. could sit. When consulting our teaching team Christine, she saw the similarities between what we built and the functionalities of a garbage truck. Could we/should we use the existing network garbage trucks to do the street sweeper’s work instead? This fits more intuitively with waste management and the garbage truck network would cover more ground. Having saturated brains at that point, we decided to focus on awareness-raising for the moment to refresh our minds.

We have not stopped collecting information and input. As part of Melbourne Design Week, we attended a river cruise on the theme of (Re)Wilding the Yarra that gave insight into how Melbourne’s city river has evolved over the years and gave a hint at the desire to make it more central to the city experience in future. We also watched a documentary called Watermark which has beautiful cinematography highlighting challenges faced around water, although not specifically on microplastic pollution. This is highly recommended for anyone who wants to learn more about water problems around the world.

We keep revisiting old assumptions and questioning why we ruled them out previously. We also question our current choices to really interrogate if they are justifiable. It’s frustrating and feels like doing the tango (2 steps forward, 1 step back) but we are assured it is part of the process and must trust that this will lead to a more robust solution.

Thinking about the awareness piece, it’s tricky to balance between giving too much ‘doom and gloom’ information and still creating the urgency for change. How can you make people aware of the extent of the problem (our food and water contain microplastics!) without overwhelming them until they feel it’s a pointless endeavour?

Not to get too caught up when pivoting that we don’t then research into the new idea early on. With recycling technology, we did not know they already use near-infrared spectroscopy until after we had come up with the idea. Similarly, we thought adopting the airport runway idea was revolutionary but looking up existing street sweepers shows that some of the most advanced ones work on the same principle. (It’s comforting to know we must be on the right, if not most radical, track)