Quote of the week: “We did not expect that!” – Teaching Team

The week began on Tuesday with a massive, densely packed and informative LGM. We had a lot to discuss. We got really helpful feedback on our whitepaper. Also, we got a high-speed instruction to our next tasks: a “Stakeholder Map” and a “Future Scenario”.
The stakeholder map consists of three concentric circles where we put people, groups or things that are influenced by our invention. The inner-circle contains the “core target group and stuff involved”. In the centre of this circle, we put the implant wearer and the implant community because they are directly affected by our product. Furthermore, we decided to put the doctors who have to implant our device to the patient, technology companies and some other stakeholders that are directly in touch with our product. The second circle contains direct stakeholders, that influences the product directly. For example biologists, chemists or researchers. The outer circle was filled with stakeholders and general groups that could be influenced by the device. There are for example the telecommunication providers, that are needed to transfer the data generated by our device. Also, some groups of people found attention in this area there the rich and the poor, the open-source community and so on. We also thought about topics like over-population or the environment and decided to put them on the outer ring as well. As a little extra we tried to show the connection between the stakeholders by tying strings between them. Two white stings symbolize the money flow one during the development and one for the distribution. With a green string, we made the flow of knowledge and information visible. All in all, we created a really complex picture that brought a lot of clearance into our minds.
For the “Future Scenario”, we did a quick ideation session. We collected our future visions for 2030 about the topics politic, economy, social-culture, technology, legal and the environment. Besides, we did extensive research on the topics and based on our individual points of view we discussed our ideas and found a common ground we want to imagine as the future for ̶o̶̶u̶̶r̶̶ ̶̶b̶̶a̶̶b̶̶y̶ ComImmunity.

Political:
Till 2030 there will be no other form of government developed in Germany; we still are a parliamentary federal republic. However, we assume that populist tendencies will increase significantly in both directions. In our opinion, the political centre will continue to shrink.

Economical:
Environmental, technological and social-cultural changes mean that the economy must adapt. Increased automation and digitalization will lead to the loss of jobs. The remaining jobs will be filled by specialists. Climatic changes will lead to a shortage of resources, which will make alternative energy supply necessary. The extraction of raw materials will also play a minor part. Last but not least, agriculture and the eating habits of the population will have to adapt. If the industry does not continue to adapt to flexible working methods, new more dynamic industries will play a higher role.

Environmental:
The effects of climate change will increase and become much more tangible. In Germany, temperatures will rise and lead to more heat deaths. Due to the rising temperatures, the European climate will be determined by droughts and dry periods. This will also lead to food and water crises. In consequence, more and more areas will become infertile, partly because of the monocultures that are practised and the exploitation of soil and water resources. The rising temperatures will also cause a shift in the world population and we will have to prepare for a large number of climate refugees. There will be an overpopulation north of the equator. But this increase in population must cope with a smaller area. Climate change will also shift the borderline of tropical diseases such as malaria towards Europe. There will be a sharp decline in biodiversity due to deforestation, extreme weather conditions and new pathogens caused by migration of species from other ecosystems.

Social-cultural:
As already mentioned, climate change is leading to overpopulation. There will be more elderly people and it will be difficult for younger society to find the financial means to provide for them. The gap between rich and poor will widen considerably. We can also imagine that we will be at the peak of meritocracy, in which the individual strives for his own well-being. A multicultural society with a great variety of languages will be even more strongly developed.

Technological:
The focus will be on increasing digital and automated processes. Conventional technologies will become superfluous or be replaced by more efficient processes. In everyday life, we will use more digital solutions. Many simple activities will be taken over by highly flexible automated assistants. Energy supply is becoming more and more decentralized as supply networks become unstable due to environmental influences.

Legal:
Also in the legal sense, we assume that there will be no major fundamental changes. The law is one of the most enduring things in our society. We can imagine that there could possibly be changes in freedom of speech, as people interpret it differently and exercise different things, blurring the line between freedom of speech in the true sense and insults/verbal attacks. We could also imagine more European regulations coming into force and the force in the legal sense.

This is, first of all, a rough concept, which can be further refined or changed. In the next steps, we will once again take a close look at the different segments and expand them. We also intend to continue working on our technology and close any gaps that still exist. In addition, interviews with experts are also planned. We would like to talk to pharmacists and biologists, for example. To do this, we have to find a way to formulate our idea in a compact and easy to understand way. Perhaps a comparison with a conventional cookbook will help us do this. 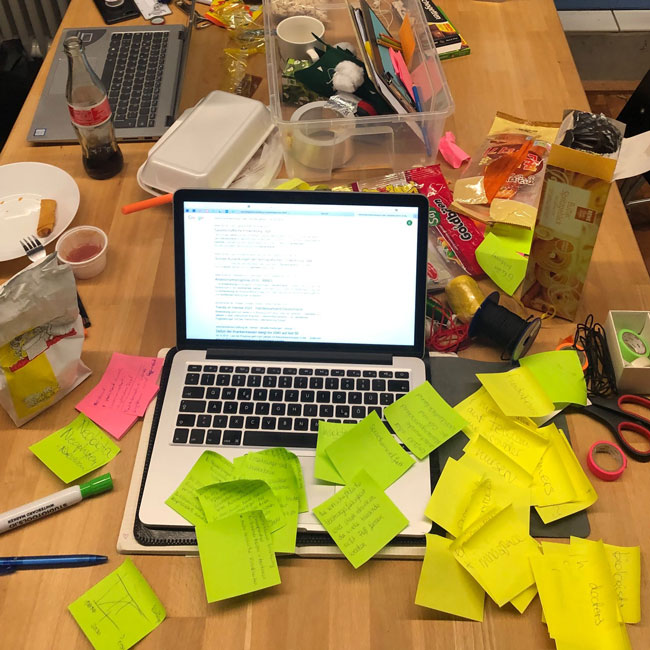 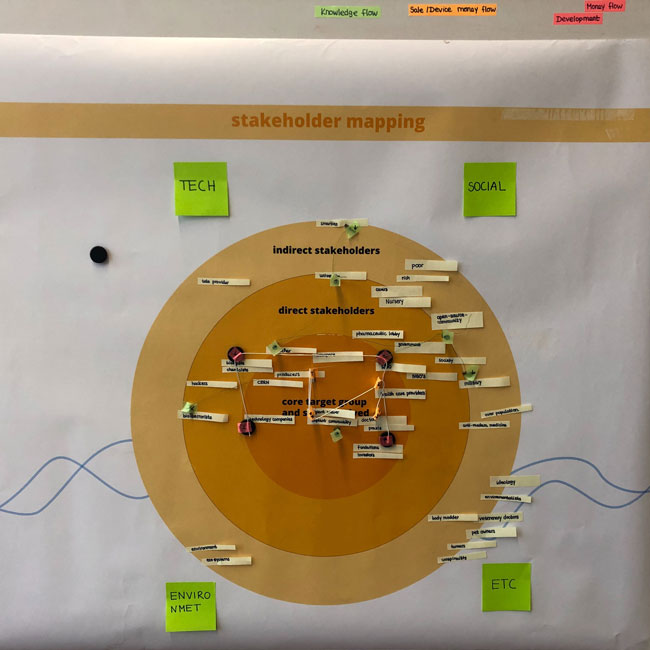 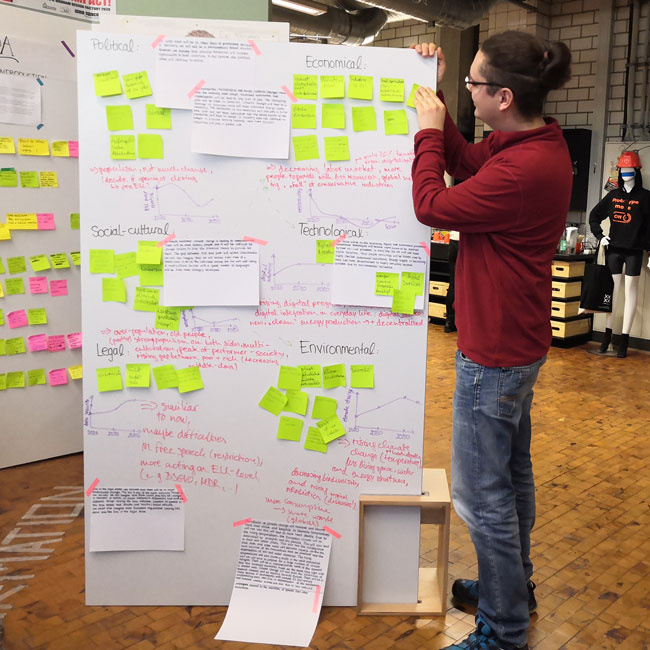