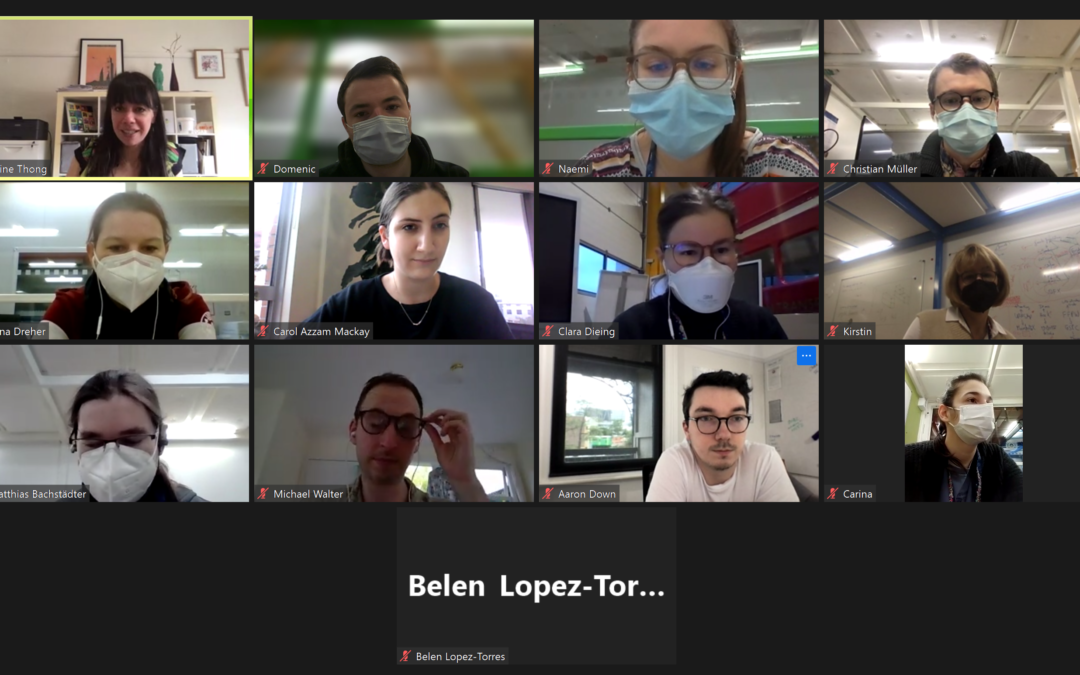 The Exploration Festival lasted 6 weeks and allowed us to exchange ideas with the Teaching Team from Design Factory Melbourne, IdeaSquare CERN, and inno.space Mannheim and Team Ekopais and Team Globe. The weeks were characterized by an extensive exchange of ideas, constructive criticism, and inspiring lectures, e. g. on parallel universes and utopian future scenarios.
The questions: “How can create new, imaginative thoughts? What characterizes creativity? And how can we use it for ourselves?” were the focus during the weeks.
In our first attempts to think creatively and creatively, limiting beliefs impaired us. We discard ideas even before we had thought them through to the end because they were too unrealistic. But exactly this thought pattern was broken during the 6 weeks. We allowed ourselves to allow all thoughts and pursue them, even though some of them admittedly sounded very crazy.
We learned that creativity can arise from the interconnection of two already existing ideas and also that limitations can inspire creativity. The environment, our emotions, and the language we use also play a decisive role. Only in a safe space can people develop freely and give free rein to their creativity.

During the festival, we were able to visit CERN together with Team Ekopais.
CERN is a European Company for Nuclear Research. People from all over the world are working together to understand the origins of our universe. Along the way, technical innovations emerge from the research work that enriches all of humanity, such as the “world wide web”.

We were able to admire for ourselves the gigantic dimensions of the research center. For this purpose, we were given various guided tours through CERN and through various museums. A special focus was on the ring accelerators. With their help, tiny particles are accelerated to almost the speed of light and shot at each other. This creates new particles that are detected and analyzed. A breakthrough was made in 2013, for example, when the Higgs Boson was discovered.
As part of our project dealing with SDG 15, we took a trip to the United Union. We were also given a guided tour here.
We also spent several hours each day in CERN’s idea square to work out new ideas for our project. With the help of the new inspirations and motivational lectures that urge you to “think big”, more creative ideas actually emerged.
The highlight was the last day. We had the honor of diving 100 meters underground to admire the ring accelerator with a diameter of 16 meters. In action, 40 million processing steps can take place simultaneously when two particles collide. We also learned that the construction of a next larger particle accelerator is imminent, in order to be able to collect even more and even more precise data.
On 26 November, our departure was scheduled and we left Switzerland with newly collected impressions and inspirations.

On the last day of the festival, we were allowed to elaborate and present two ideas. Through the numerous feedbacks and questions, we got an impression of the tasks and challenges we will face in the next months of our journey.

Highlight of the week

Out highlight was definitely the visit to CERN itself, getting to see this historic place was amazing! But we also had some leisure time to spend with the team. One evening we went to the Christmas market in downtown Geneva, which was really cold but great!

What are the next steps?

In the coming weeks, we will focus on our final idea, do a lot more research and draft our first white paper! 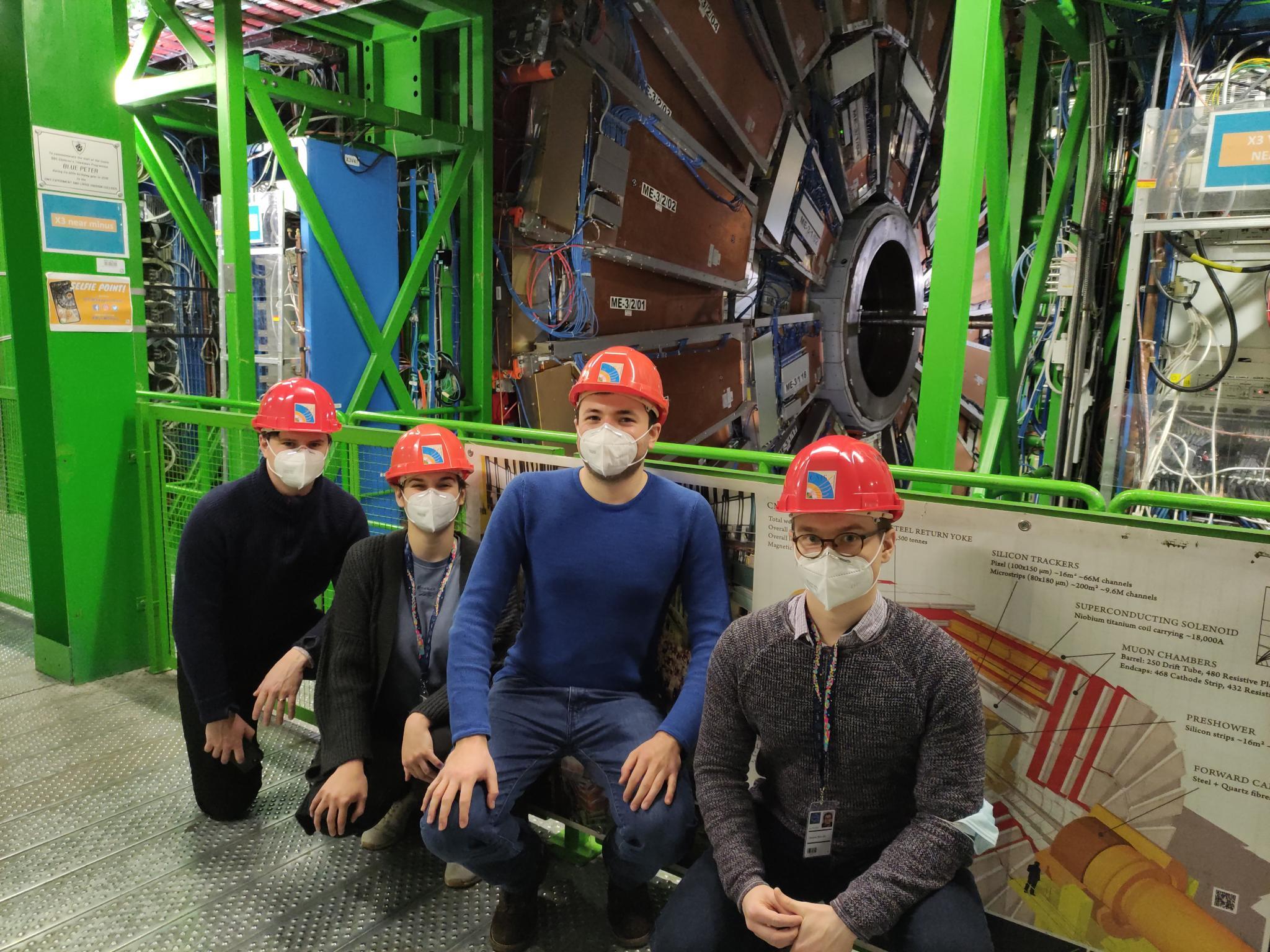 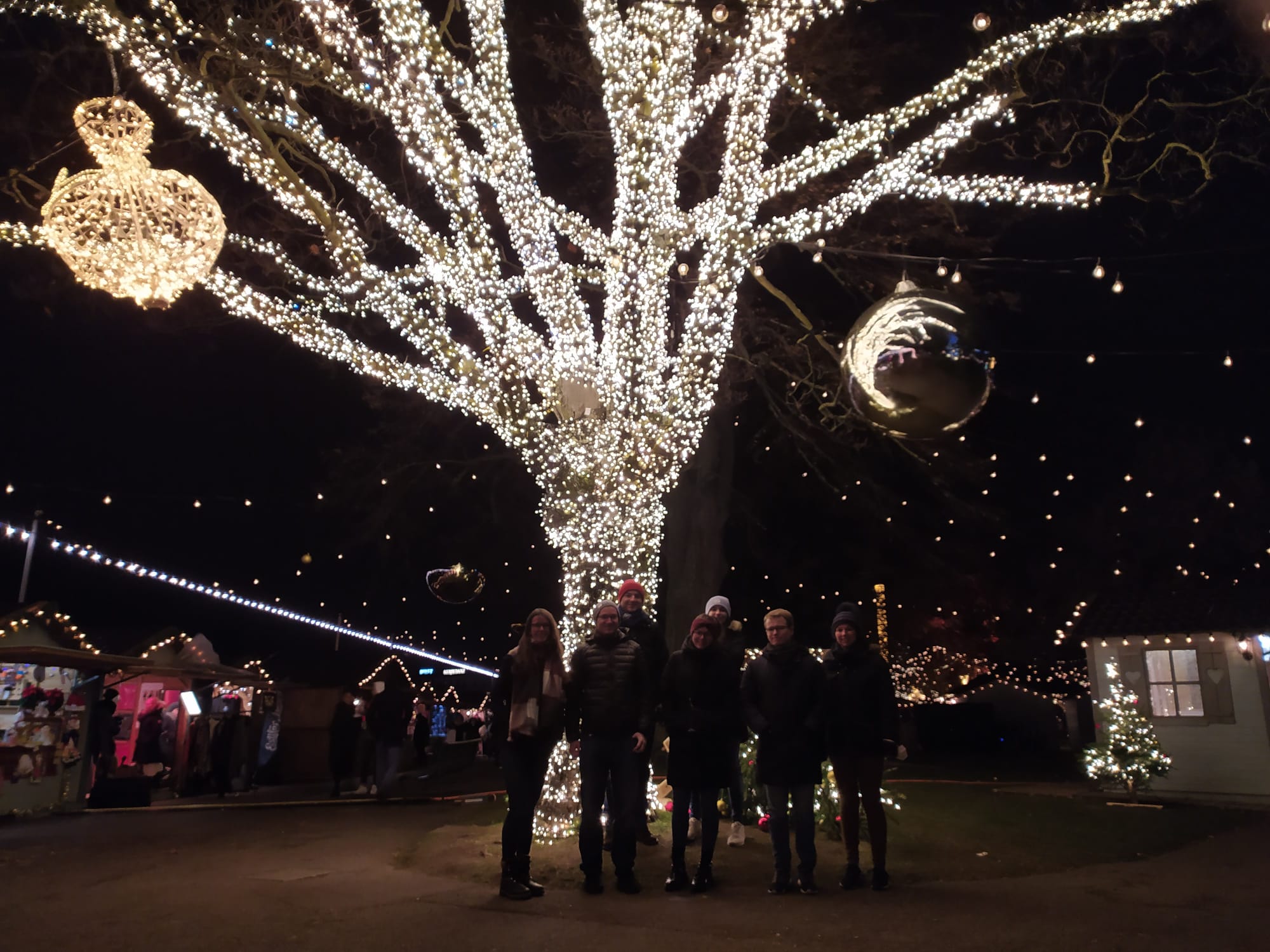