The last post was only a few days ago, but there are new things to tell. The most important is: the second phase of the inno.space project started. Right now, we are going to explore deeper dimensions of our idea.

What are we going to do next?

The next steps are, to create a concept of the situation. We are going to interview several stakeholders for our idea, the WOBOT. This robot shall solve the problem of overfertilization.

One thing, we have to do is, to create a “Persona”, mainly based on the interviews results. This persona is an usermodel that shall help us, to visualize, what our stakeholders are confronted with, what is their background, and what are they doing. In addition to that, we shall work on a new form of prototype. The new prototypes should be more detailed, to give the audience a clear vision, of what the creator is talking about. The second main task is to create a future scenario. We shall do research about the current situation in our world, and what are we think about the evolution of the society in the next years. All this should base on our idea and which problem we are working on.

What else happened this week? The highlight of this week was the meeting with the Australian team (not Austrian!!!) . Team GLOBE+ wasn’t able to come to the CERN exploration, because of the pandemic situation. So, together with Team GTG, we met online with Michael and Belen in the early morning (or evening, depending on the timezone). It was a little bit short, but it was a nice and funny meeting. We made some games, for example, what think Australians about “typical German”, and the other way around. They believe, Germans are responsible drinkers. We let this pass without comment… 😊 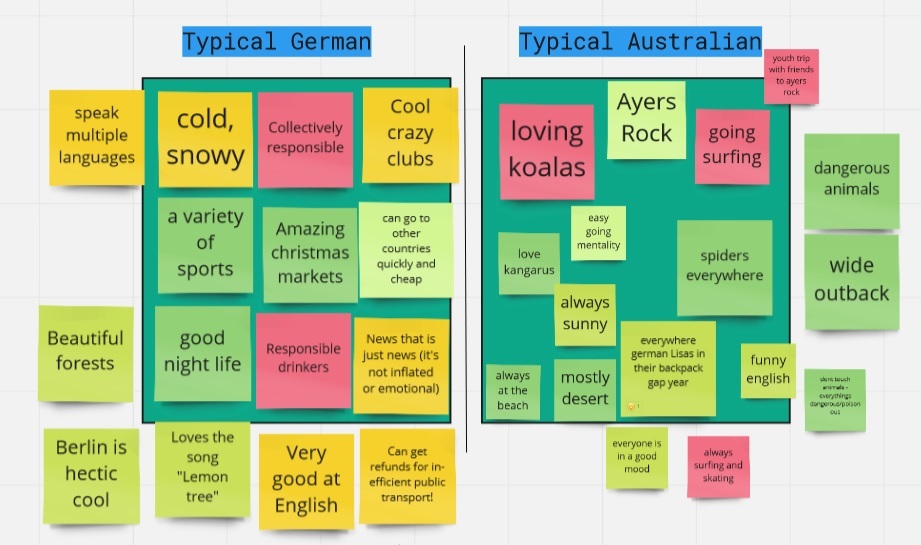 At last, there is to say that we will have a great second project phase. It is not long anymore, until the project is coming to the very end!