Quote of the week: “The origins of health are to be found in a sense of coherence” – Aaron Antonovsky

We started our week with a super interesting and mind-expanding model created from Aaron Antonovsky. Aaron Antonovsky was an Israeli American sociologist and academician whose work concerned the relationship between stress, health and well-being (salutogenesis). Antonovsky’s theories reject the “traditional medical-model dichotomy separating health and illness”. He described the relationship as a continuous variable, what he called the “health-ease versus dis-ease continuum”. The “sense of coherence” is a theoretical formulation that provides a central explanation for the role of stress in human functioning. “Beyond the specific stress factors that one might encounter in life, and beyond your perception and response to those events, what determines whether stress will cause you harm is whether or not the stress violates your sense of coherence.” Antonovsky defined Sense of Coherence as:

“A global orientation that expresses the extent to which one has a pervasive, enduring though dynamic feeling of confidence that the stimuli deriving from one’s internal and external environments in the course of living are structured, predictable and explicable; the resources are available to one to meet the demands posed by these stimuli; and these demands are challenges, worthy of investment and engagement.”

In his formulation, the sense of coherence has three components:

Comprehensibility: a belief that things happen in an orderly and predictable fashion and a sense that you can understand events in your life and reasonably predict what will happen in the future.

Manageability: a belief that you have the skills or ability, the support, the help, or the resources necessary to take care of things, and that things are manageable and within your control.

Meaningfulness: a belief that things in life are interesting and a source of satisfaction, that things are really worthwhile and that there is good reason or purpose to care about what happens.

Based on this model we created a new interview guide and conducted first interviews on campus. The main statement of the respondents was the stress factor caused by inappropriate time management and lack of time. However, we realized that it was not easy to explain the very complex model on the street, but we found the model to be very interesting and think that it is a good model to build on. We will definitely create an opportunity card for it.

Furthermore, we have completed the first two Opportunity cards on the following topics: 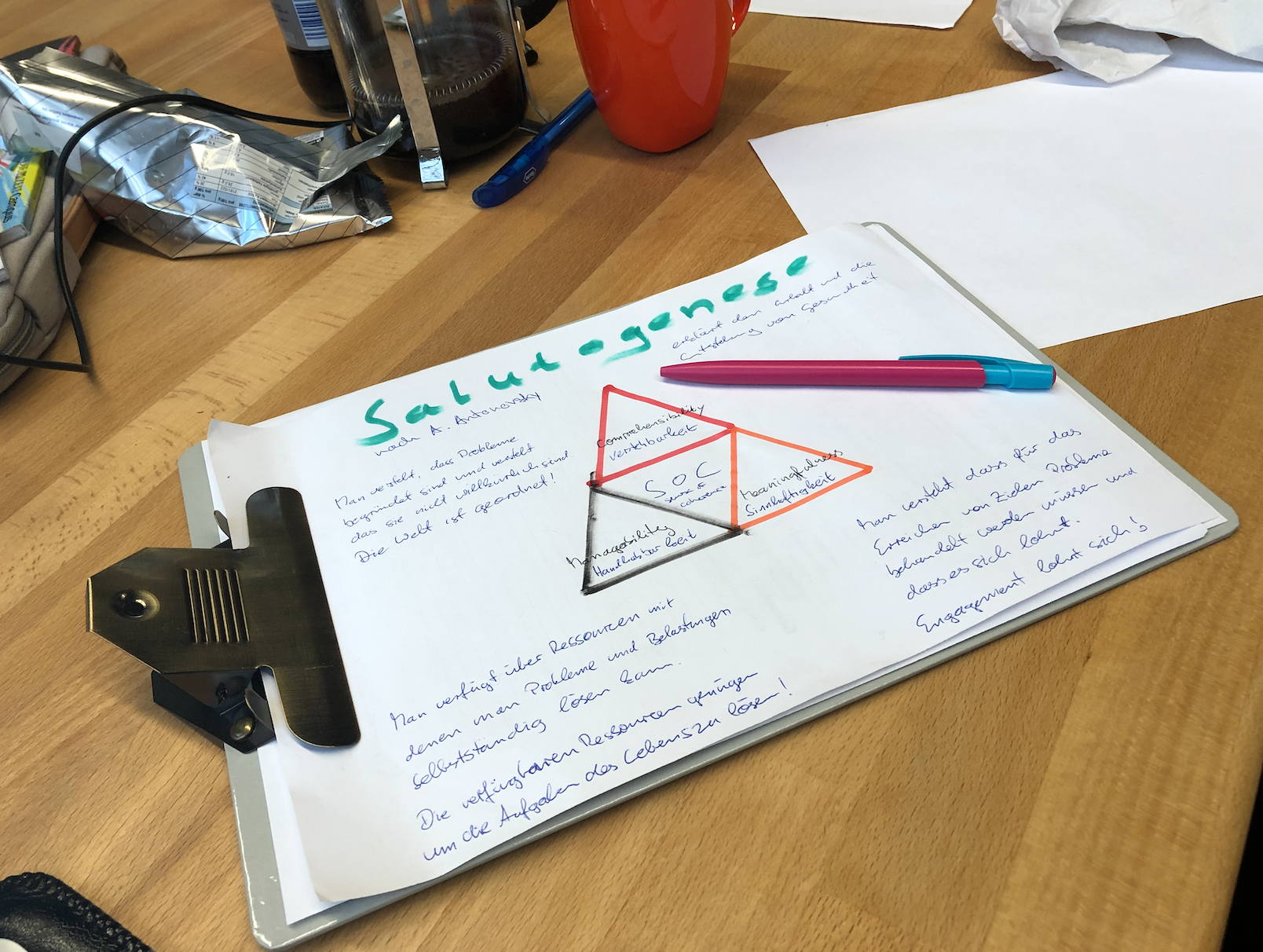