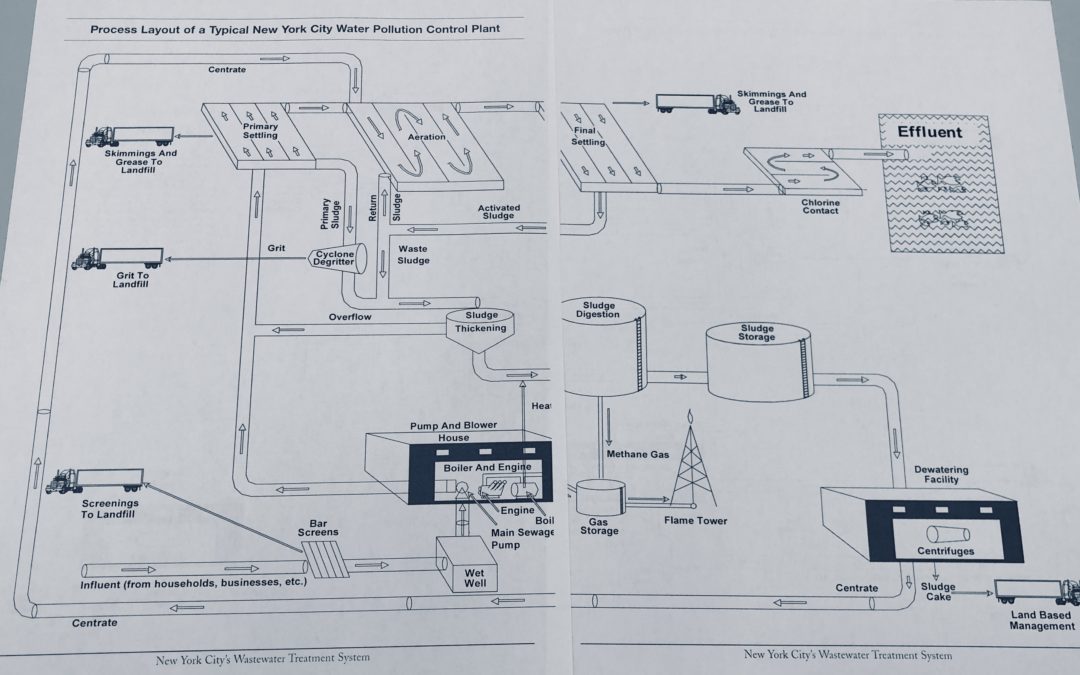 This week we spent time thing about the direction that our project is heading to and wear the root of our issue is resulting from. We were joined in our weekly meeting by John Cronin, a Senior Fellow at Pace University, who’s passion and knowledge of the Hudson river and only rivaled by the time he spent working in and around it.

He explained to us how the current system is failing and really challenged us to dig to find the root of the problem. He made a strong point of how the infrastructure there is not adequate for the city but there is little to be done with what exist because of how the system is so entrenched in the layout of the city. He made a real suggestion to look not to solve a by result of an issue but the main cause and to find the core of the issue we are going to look at because the size and complexity of many issues can make it an impossible issue to tackle all at once.

We brainstormed lot about how to tackle the sheer magnitude of the issues at hand. This led to the development of a the “Sewer Stack”, where in we modeled the system along with all the inputs and out puts in the system. This allowed us to create a way to model the system in a way the let us create a situation where we could model and think through how innovations at each point in the system would affect the system.

This lead the brief notion of leaching fields and wetlands in the way of septic systems. Which lead to the idea of highly automated and efficient wetlands that are built up vertically as to maximize surface area and design the systems to break down large amount of material quickly and efferently.

Our goals for next week is to map out our future scenarios with using data that we gather to determine the like state of New York City in the future and the compounding effects of the current problems in the future and new innovations that may impact our solution.