Using Constructed Wetlands to Mitigate the Impacts of Combined Sewage Overflows: A Conceptual Solution for 2030

The total number of waterborne illnesses per year in the United States is estimated at 19.5 Million per year

We believe that by understanding the complex nature of water, we can design effective solutions.

In New York, a precipitation event occurred once every 3 days in 2018 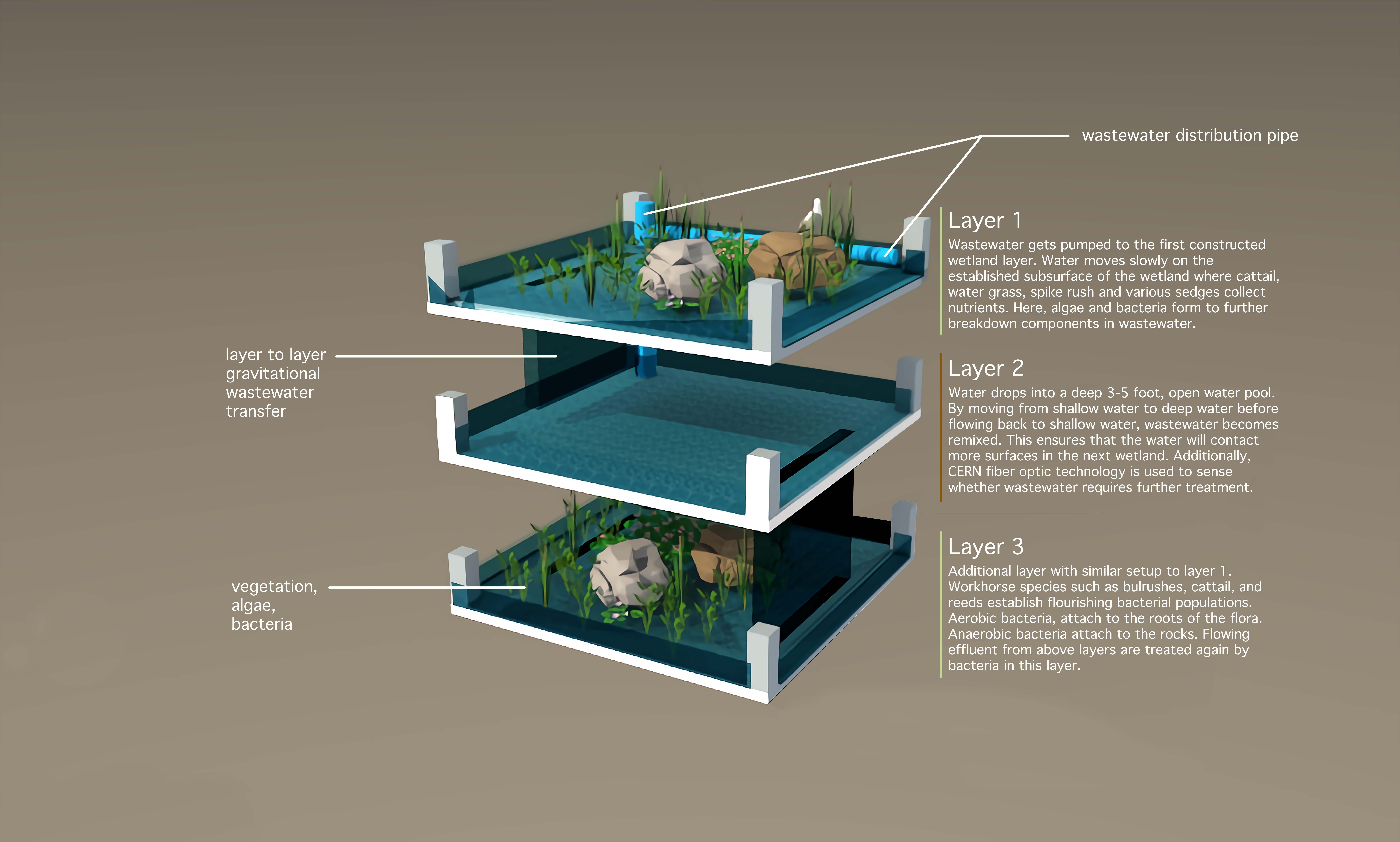 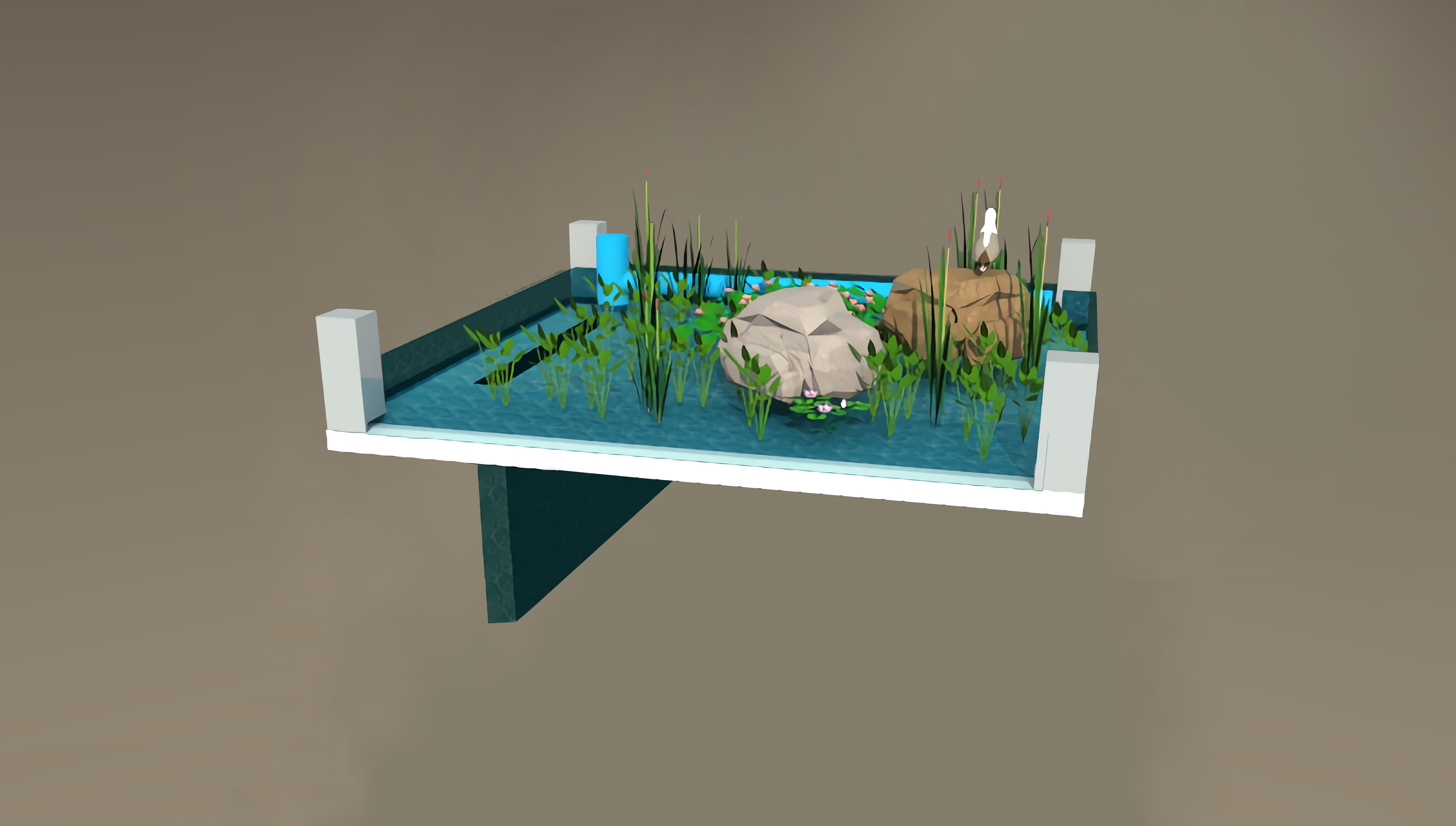 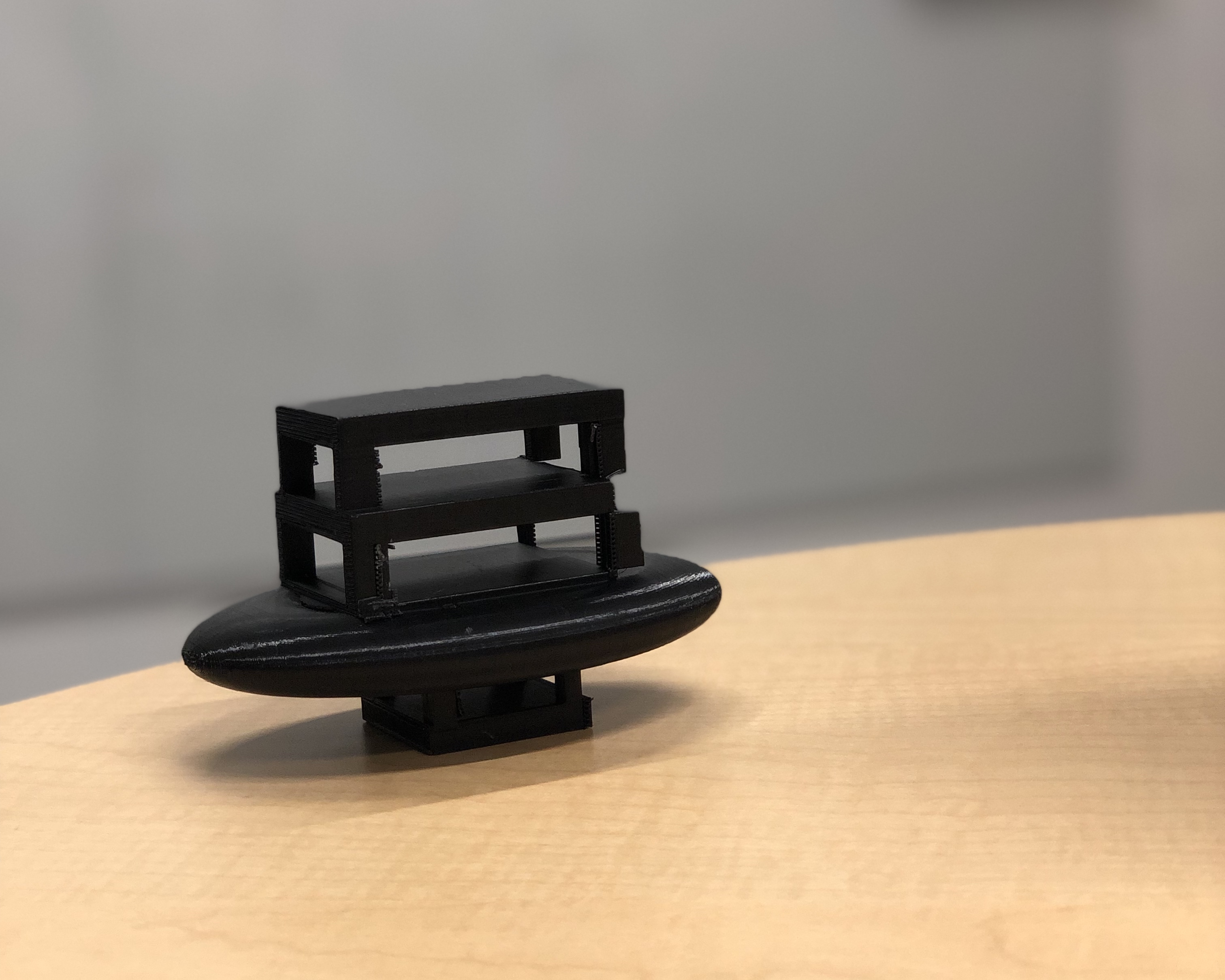 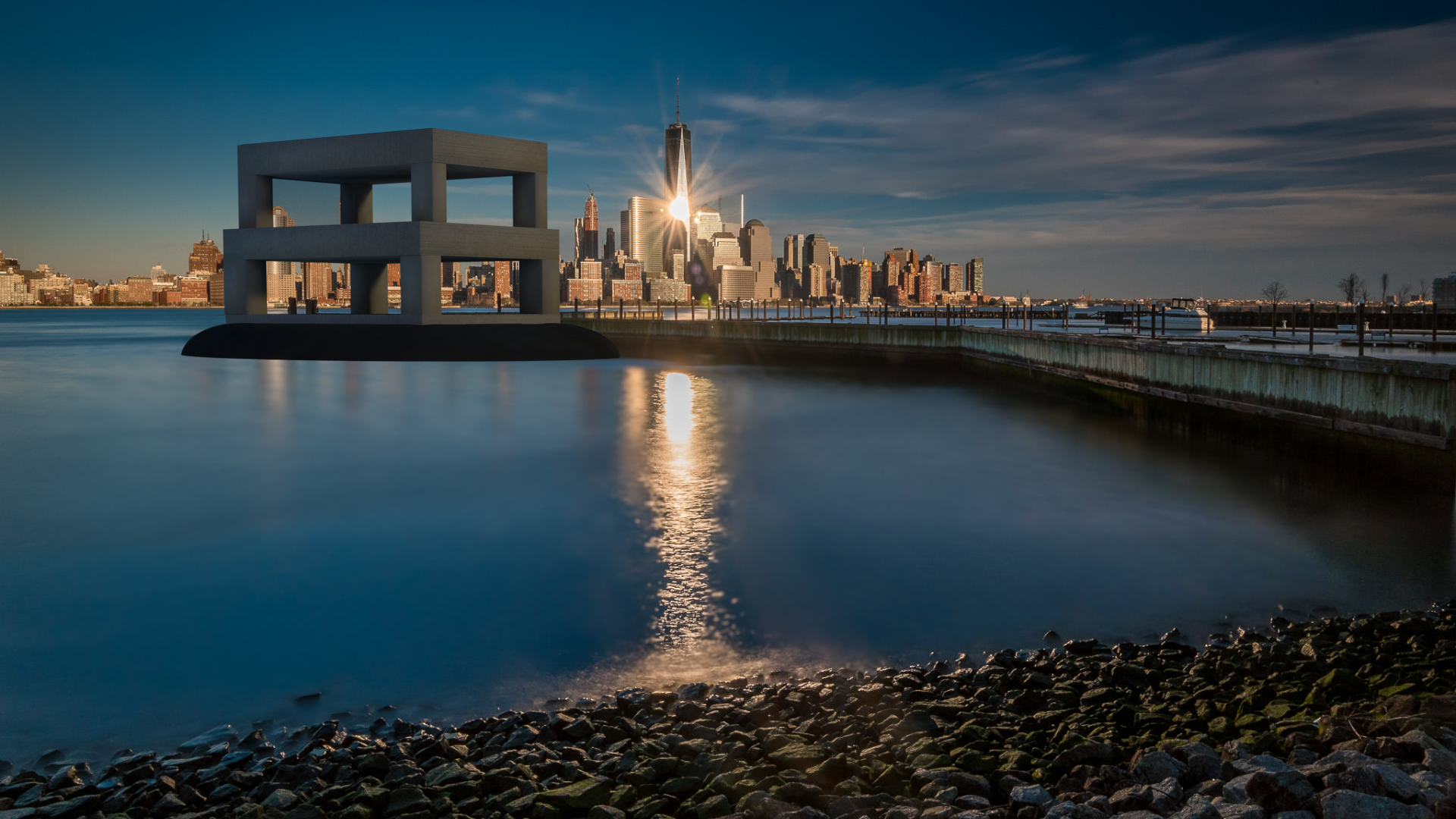 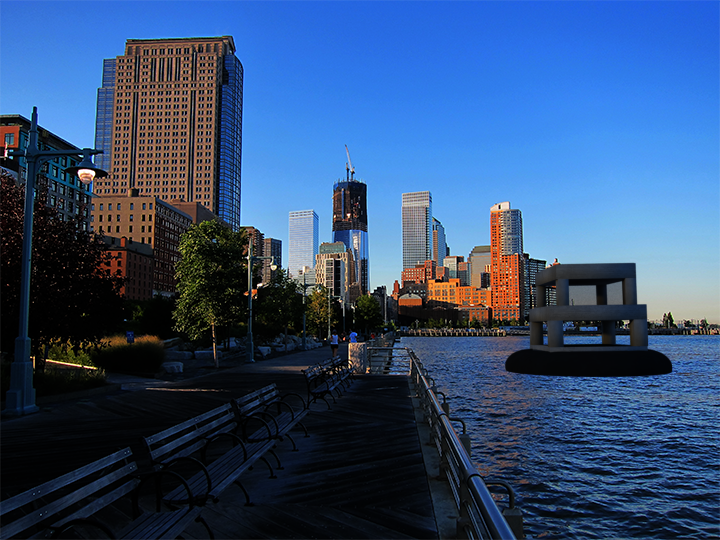 Oceans5 researched water quality issues in the United States. This yielded surprising results. For example, in New York state, 20 Billion gallons of raw sewage are being discharged every year.

Oceans5 decided to tackle the Combined Sewage Overflow (CSO) problem. A CSO consists of discharges from a combined sewer system that is caused by snowmelt or storm water run-off. CSOs contain untreated or partially treated human and industrial waste, toxic materials, and debris as well as storm water.

CSO events typically occur in wet weather.  A precipitation or wet weather event occurs in New York once every 3 days. CSOs are not just a problem that pertain to New York, they occur to any municipality that has a combined sewer system.

Precipitation events can overburden sewage treatment plants causing a release of untreated sewage into the Hudson River. Such discharges are also the cause of future problems including emerging pollutants, and the increase of waterborne illnesses.

Stacker is a vertical wetland structure that can process higher volumes of water than existing sewage treatment facilities. Stacker’s purpose is simple: to use nature’s natural treatment system. The impact of this solution is multi-faceted. First, it helps alleviate the problem of combined sewage overflows in waterways that surround cities. Second, it improves the quality of life for marine animals in the Hudson River Estuary. Third, it reduces the number of water-bourne illnesses by ameliorating the effects of pathogens caused by combined sewage overflow events. Imagine a world where nature picks up where man left off; the beginning of it starts with Stacker

With the threat of climate change, governments and corporations have come together to better regulate their impact on the environment. This collaboration has led proactive change rather than retroactive. The Hudson River is cleaner and the expansion of biodiversity in our local water bodies has begun.

Due to the positive change in the environment and technology, the economy in the Hudson River Valley region became a leader in worldwide environmental technology and industry, bringing in billions of dollars, and most importantly, being a beacon for the world to follow.

Climate change has spiraled out of control. With global warming reaching unprecedented levels, sea levels have risen, flooding low-level areas in the Hudson River Valley and flooding certain parts of New York City, including those of the waste-water sanitation facilities leading to further contamination of the environment.

Technology has consumed the lives of the people so much that they do not care about the physical world anymore. This has lead to a lack of care and degradation of the environment, as people do not care whether it is clean or dirty.  The economy has dropped, leading individuals to retreat to the virtual world

Water, thou hast no taste, no color, no odor; canst not be defined, art relished while ever mysterious. Not necessary to life, but rather life itself, thou fillest us with a gratification that exceeds the delight of the senses.

This week, the Oceans5 team finished their opportunity cards. This came after meticulous exploration of New York State’s water quality issues. It was interesting to find many human and animal water concerns in an ostensibly developed and clean area. In other words,...

END_OF_DOCUMENT_TOKEN_TO_BE_REPLACED

The team consisting of Mackenzie, Will, Nate, Kyle, and Sven met for the first time with our faculty advisors Andreea and Dr. Kline. We introduced ourselves to each other and discussed what the CBI project would be. We received our schedules and timelines.

END_OF_DOCUMENT_TOKEN_TO_BE_REPLACED

Will and Mackenzie coded an Arduino sensor that would become the heart of Pip the Pig! After going through the development phase, Sven and Nathaniel worked on the creative aspects of Pip’s exterior. Pip ended with an LED smile and cute pink ears. The most...

END_OF_DOCUMENT_TOKEN_TO_BE_REPLACED

This week, OCEANS5 started brainstorming water sanitation problems within their area. Each member contributed valuable problems that led to the overall focus on water quality within the parameters of human consumption, human use, fish and wildlife habitats, and... 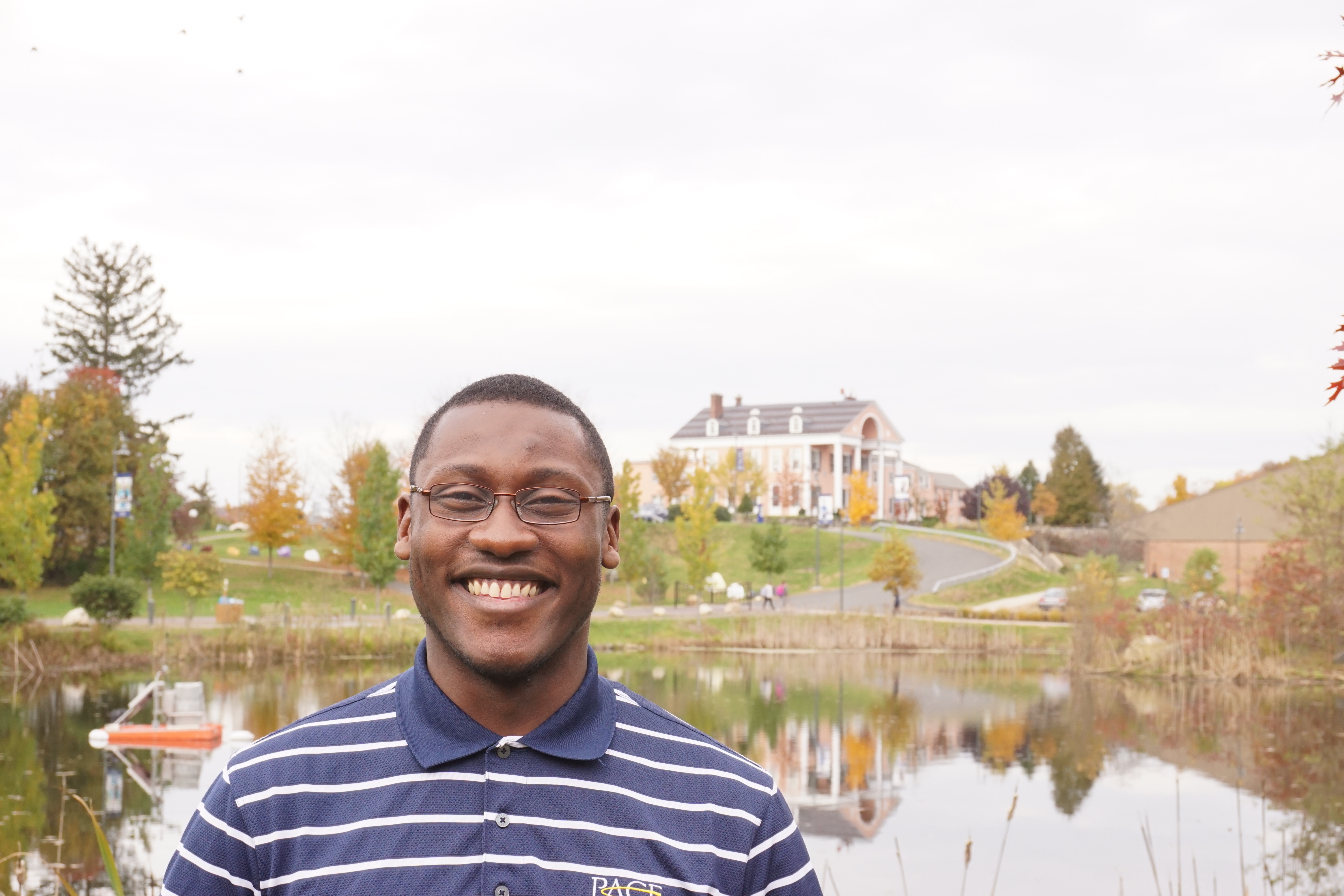 Nathanael Linton is a senior History major at Pace University. As part of his major course of study, Nathanael did research in a few areas including the historiography of African- American subculture and subjective/objective practice in historical thought. He will focus on the research aspects related to the problem, as well as the implementation of the proposed solution 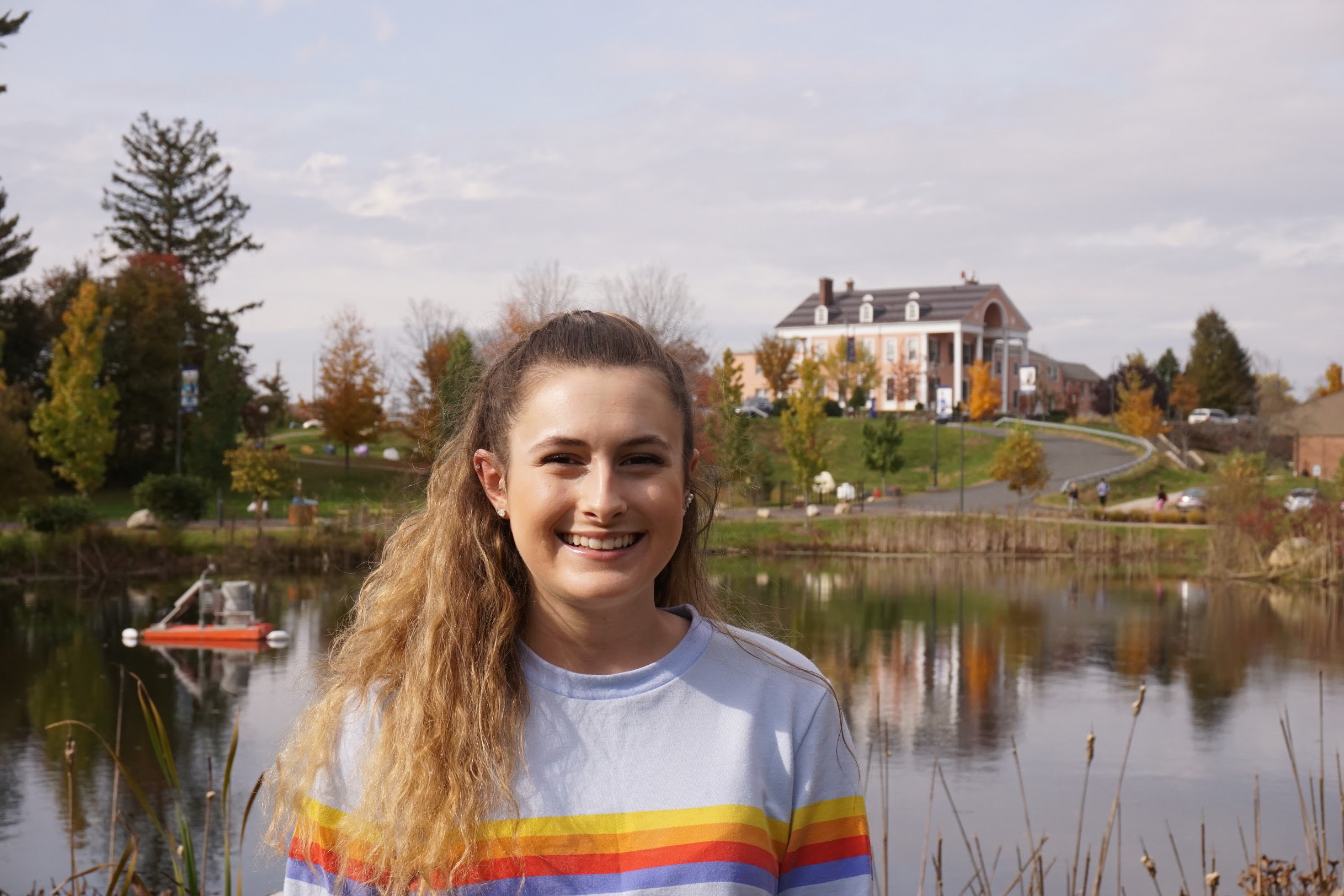 Mackenzie is a junior Honors computer science major at Pace University. She will be focusing on developing and creating technologies throughout the project which aligns with her passion. Mackenzie’s goal for CBI is for clean water to be recognized as a global standard for humanity. 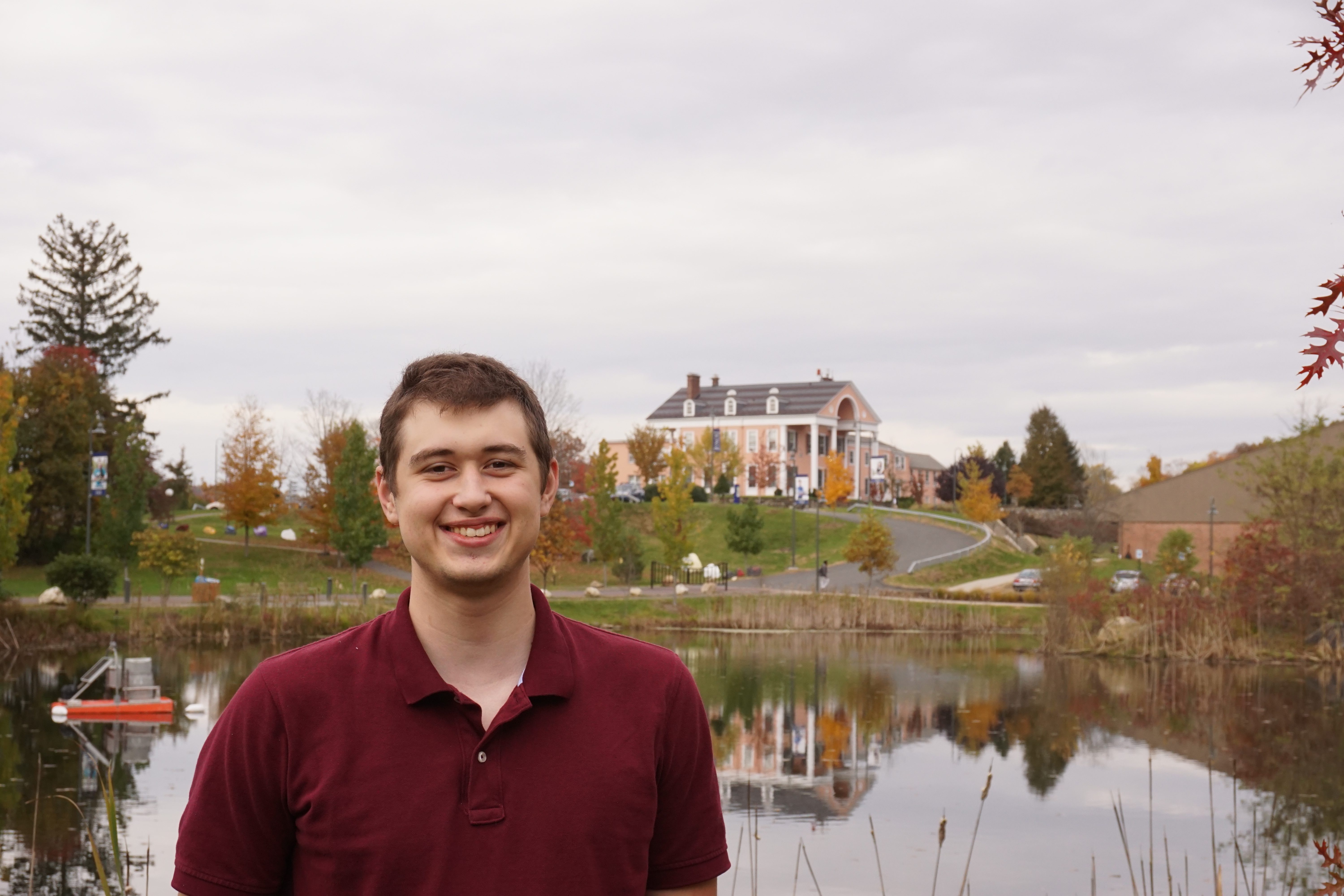 Kyle Hanson is a student at Pace University and is majoring in Information Systems with a minor in Computer Science. He aims to bring his skills from working in IT and environmental systems to the team setting, helping to create innovative ideas. 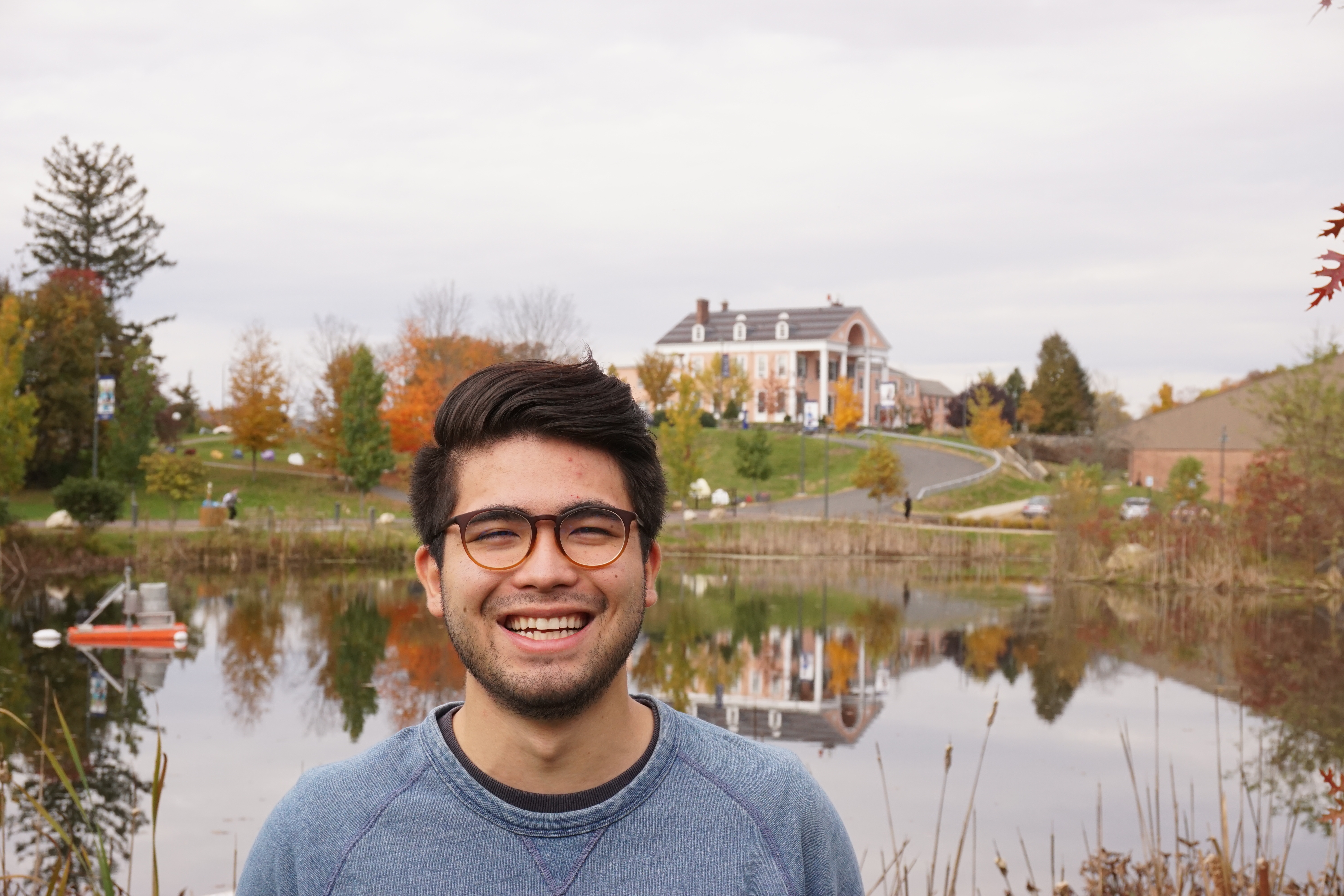 Will is a senior Computer Science student at Pace University. He enjoys exploring all aspects of technology and aims to apply technology to solve problems. His interest in SDG’s goal 6 and 14 is simple: despite being an incredibly important resource, water quality is widely neglected. 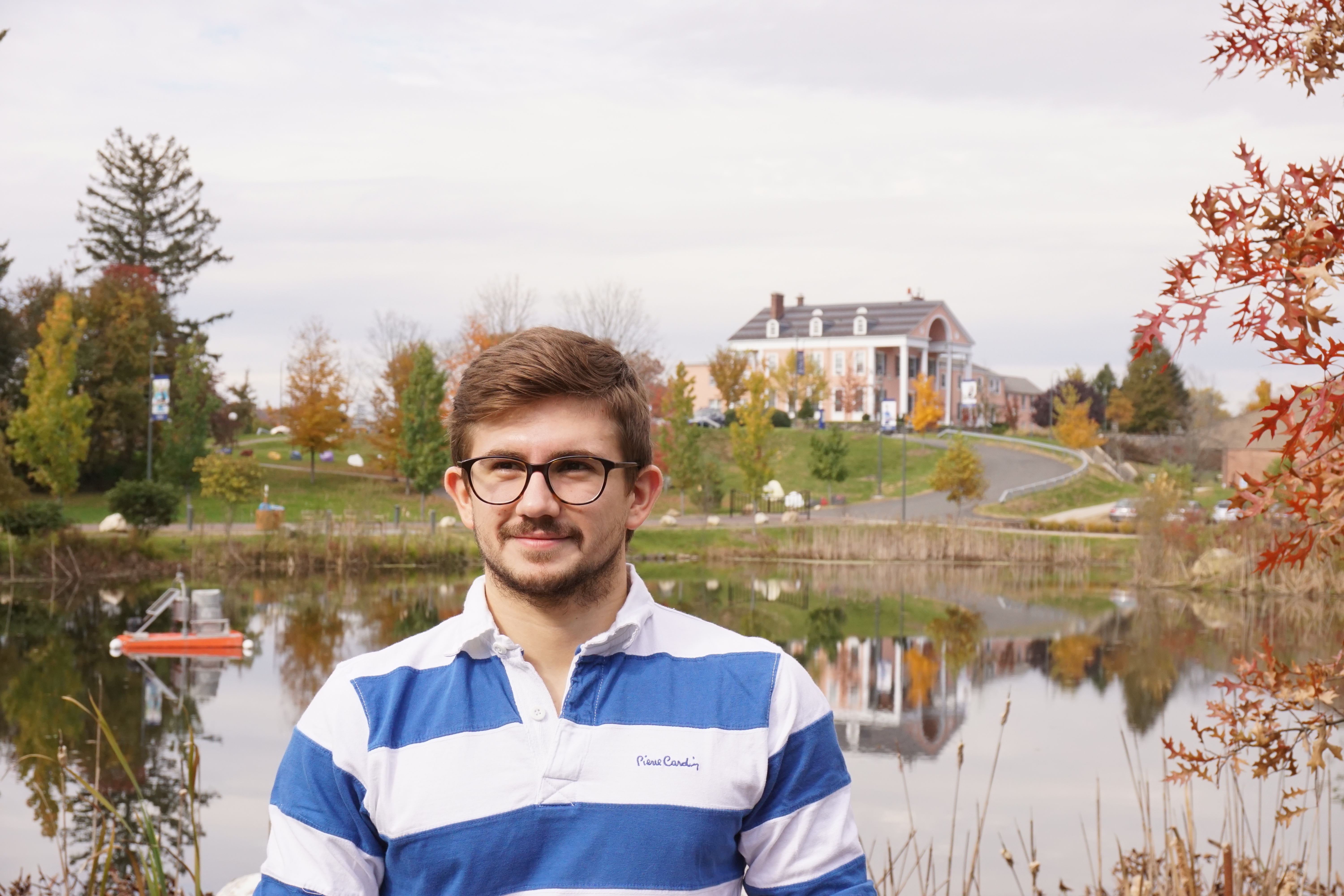 Sven Latinovic is a senior at Pace University studying Applied Psychology and Film Studies. During the CBI project he will be focusing on the artistic and creative aspects of OCEANS5’s vision. He wants to track and present the team’s endeavors in a way that would bring the whole experience closer to all.